Flying W Ranch in Colorado Springs has stolen the hearts of millions of visitors over the years. Almost eight million, to be exact. Secluded high above the city, this breath-taking 1400-acre working cattle ranch continues to keep the old west alive.

Since 1953, Flying W Ranch has served up chuckwagon suppers to more than 600 people a night, six nights a week, to visitors from all over the world. Dinner is followed by a western stage show performed by the world-famous Flying W Wranglers.

I was too young to remember the first time I visited Flying W Ranch, but the second time left me with memories I would carry for the next forty years. Returning this year and sharing the experience with my family was the highlight of our summer vacation.

Leigh Ann Wolfe, the third generation owner of the Ranch, runs the show now, but it was her grandparents who first dreamt up the idea for this entertainment venue.

Russ and Marion Wolfe saw their opportunity when city-folk began coming to the Ranch to enjoy a horseback ride through the rambling countryside. The couple started offering guests a chance to stay and enjoy a homecooked meal and fireside entertainment, all for a mere $3 a person.

Word spread quickly; by year’s end, they had served 1,650 people, and Russ and Marion were officially in business.

I asked Leigh Ann Wolfe to share her thoughts on what it was like being a third-generation owner of the Ranch. She replied, “The depth of the legacy built over more than six decades by my grandparents and parents was enormous.”

To put into perspective how unique their story is, Scot Johnson, CFA at Adell, Harriman & Carpenter, Inc., states the following:

It hasn’t always been that way, though. At the height of Flying W Ranch’s popularity, the Waldo Canyon Fire destroyed virtually all but a handful of buildings on the property. It took eight years for the Ranch to reopen its doors.

Owner Leigh Ann Wolfe says, “Although I knew there would be a lot of personal sacrifices if I tried to rebuild the Ranch, the alternative was unthinkable.”

By the size of the now often sold-out crowds, it’s clear Wolfe has succeeded, and the reopening filled an entertainment void only the Flying W Ranch could do.

What about this working cattle ranch keeps people coming back even decades later?

Each evening, the gate opens at 5:00 pm, allowing visitors time to explore the property before the 6:30 chuckwagon dinner begins. Try your luck at a game of horseshoe, take a ride through the red rock hillside on the miniature train, or meet the animals that live on the farm.

Visitors can also tour the library, one of the only structures on the property the fire didn’t destroy.

Leanne Wolfe recalls that her dad built the library for her mom in 1999 to house her collection of over 1,000 cookbooks.

Once the dinner bell rings the organized chaos of getting over 600 guests through the line begins. With organization that comes from decades of experience, the MC calls out instructions and has everyone served and seated again in a mere thirty minutes.

One of my memories from visiting Flying W Ranch almost forty years ago was going through the line and being served a foil-wrapped baked potato on a tin plate.

Over the years, the menu at the Ranch has become an anticipated part of the experience for many visitors. It still includes the tin plate and foil-wrapped potato, along with now famous Flying W trail beans, smoked meats, and dutch-oven buttermilk biscuits.

The highlight of the evening is a one-hour concert put on by the world-renowned Flying W Wranglers —a delight for guests of all ages.

“The band’s three-part-harmonies of time-honored tunes of the open range, superb instrumentation, and clean bunkhouse humor have delighted over seven million people from around the world.”

Although accurate, the description found on Flying W Ranch’s website doesn’t do justice to promote how talented the Wranglers are.

Over the years, more than 60 musicians have filled the spots of the five-man band. It’s currently the second oldest western singing band in the world.

The Flying W Wranglers have entertained on international stages, performed with world-class symphonies, and are well deserving of the music awards they’ve won.

During the eight years following the destruction caused by the Waldo Canyon Fire, the Flying W Wranglers had no place to perform.

Once the new facility was built and the Flying W Ranch prepared to reopen in July 2020, over 300 musicians auditioned for the five available positions. What came together is nothing short of magical.

Six nights a week, often to sold-out crowds of over 600 people, the Flying W Wranglers take the stage. A 12 x 20 foot TV screen plays behind them, enhancing their songs with photos of days gone by at the Ranch and videos of famous cowboys.

A New Generation of Fans

Yes, there’s something special about the Flying W Ranch that stays in the hearts and memories of visitors. If they’re lucky, they’ll return someday with their children to experience the magic again and spark a fondness for the Ranch in a new generation of fans.

“The legacy and the romantic spirit of the Old West lives on at the Flying W Ranch.”

The gates at Flying W Ranch open at 5:00 pm. Although dinner isn’t until 6:30, guests arriving early can explore the property and interact with the ranch hands first.

Is the Flying W Ranch in Colorado Springs open?

Who owns the Flying W Ranch

Leanne Wolfe now owns the ranch her grandparents founded in 1953. She is the third generation owner, and is responsible for rebuilding Flying W Ranch after it was destroyed in the fire.

Where is Flying W Ranch located?

Things to do in Colorado Springs

Flying W Ranch is one of the top things to do in Colorado Springs and that’s saying a lot! The city has some top-notch attractions, including the US Olympic & Paralympic Museum and the Cheyenne Mountain Zoo. You could easily spend a week exploring the area and all it has to offer!

I’m Karee—traveling and travel planning make my heart sing! Thanks for coming along for the ride with me here at OWJ. I’ll be sharing valuable info on how to travel like a Queen without a Royal Budget, how to take amazing trips using points and miles, and plenty more! 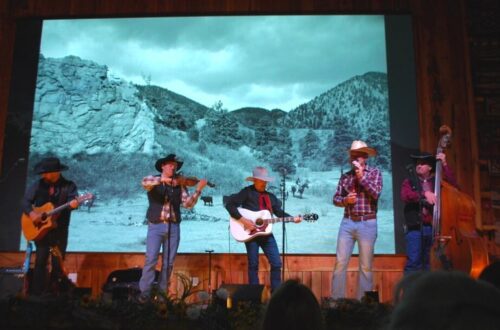 Out of the Ashes: A Third-Generation Cowboy Stage Show Makes a Stunning Comeback 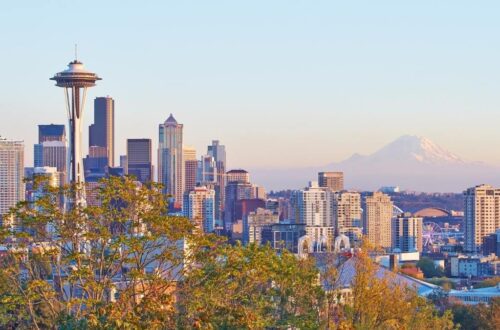 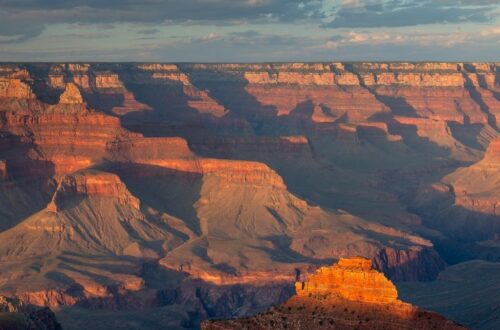 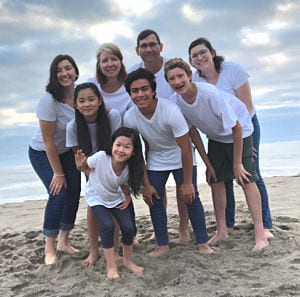 Welcome! We’re glad you’re here! We help families learn how to plan and afford amazing memory making adventures. If we can do it, you can too! You don’t have to be rich to travel like you are, so start dreaming of where you want to go and we’ll teach you how to get there! (Read More)

This website uses cookies to improve your experience while you navigate through the website. Out of these cookies, the cookies that are categorized as necessary are stored on your browser as they are essential for the working of basic functionalities of the website. We also use third-party cookies that help us analyze and understand how you use this website. These cookies will be stored in your browser only with your consent. You also have the option to opt-out of these cookies. But opting out of some of these cookies may have an effect on your browsing experience.
Necessary Always Enabled
Necessary cookies are absolutely essential for the website to function properly. This category only includes cookies that ensures basic functionalities and security features of the website. These cookies do not store any personal information.
Non-necessary
Any cookies that may not be particularly necessary for the website to function and is used specifically to collect user personal data via analytics, ads, other embedded contents are termed as non-necessary cookies. It is mandatory to procure user consent prior to running these cookies on your website.
SAVE & ACCEPT
Shares